The gentrification of NYC is a double-edged sword. Previously sketchy “border vacuum” areas—a term coined by Jane Jacobs in “The Death and Life of Great American Cities,” in reference to neighborhoods around stations, bridges, and tunnels such as DUMBO, RAMBO, and Hell’s Kitchen—now give way to safe, frolicsome, and yuppie-filled waterfront parks. In 21st century Bloombergian Gotham, the waterfront park is both the City’s greatest asset, yet vexing harbinger. It is a conspicuous symbol of what the Apple and its fine boroughs have become: a theme park for the privileged few who can afford real estate with a view. 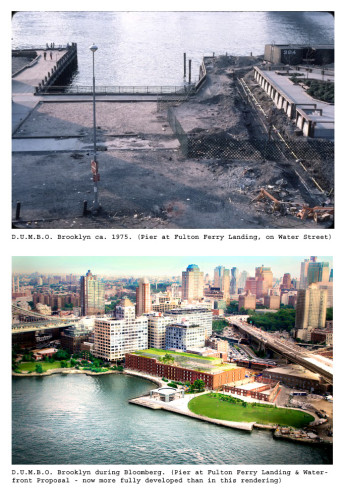